Cinema Jove and Valencia World Design Capital 2022 have prepared the cycle ‘Valencia Capital of Design‘, a compendium of screenings, talks and exhibitions that aim to highlight the value of design in the cinematographic context. The collaboration will continue this edition and the next.

For 36 Cinema Jove, the Octubre Centre de Cultura Contemporània will host the two days of screenings and talks, on June 19 and 20, as well as the place where the exhibition ‘El festival en Carteles’ is hosted, which reviews recent history of the official sections of the festival, which opened on June 15 and will be open until July 20. 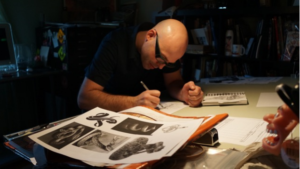 As for the screenings, the first screening will be ”Making It‘, by Tony Moorman, on the 19th at 6:00 p.m. This documentary focuses on the not always easy to live aspects of illustration. The piece revolves around the goal of achieving success, stability, and happiness in the context of illustration in the United States.

To analyze this work, a round table will be held with the illustrators Mireia Pérez and Raquel Aparicio, trying to apply the ‘Making it’ reflections to the Spanish environment, seeking to locate problems and propose solutions.

The second screening, the same day 19 at 8:00 p.m., will be of the documentary ‘El hombre que diseñó España‘, by Andrea G Bermejo and Miguel Larraya. This documentary brings us closer to the figure of José María Cruz Novillo, the benchmark of Spanish design during the 80s and 90s, setting a precedent when it comes to understanding the design of brands in our country.

To comment on the influence and impact of Cruz Novillo, we will be joined by designers Juanjo Oller, from the Milimbo design studio, and Raúl Ferris. Both will reflect on branding beyond the brand, its artistic side, seeking to analyze the designer’s legacy in a broad sense. 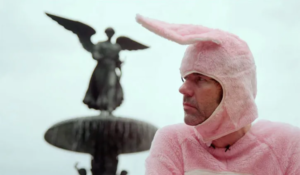 The second day of screenings, on the 20th, will start with ‘The Happy Film‘ at 6:00 p.m.: it’s a documentary by Hillman Curtis, Ben Nabors and Stefan Sagmeister and starring the latter, who will try to give a new design your personality to become a happy person.

To analyze the relationships between design and the pursuit of happiness we will have designer Sara de la Mora and Berta Chulvi, journalist and doctor in social psychology, who will give us her expert point of view after the projection.

The last show of the cycle will be on the 20th at 8:00 p.m. with ‘The Proposal‘, by Jill Magid, where the figure of Luis Barragán, a leading architect in Mexico and the only Mexican winner of the Pritzker Prize, whose file was purchased by the Vitra company.

In the round table after the screening we will have two architects, Javier Molinero and Sonia Rayos, who will delve into topics such as property rights and the management of cultural heritage.

All round tables will be moderated by Javier La Casta, director of strategy and design at Estudio Néctar and coordinator of the cycle.

In addition, we remember that entry is free but requires prior reservation: you can find links to the different reservations in the technical sheets of each film, which are linked in the titles.